Posted at 08:04 AM in Eyelash Transplant | Permalink | 0 comments

G. Costarelis and team at University of Pennsylvania School of Medicine in Philadelphia have published some encouraging research that suggests that skin may have the ability to produce new hair follicles [Ito M., et. al. Nature, 447. 316-320 (2007)].    This kind of 'follicular neogenesis,' was observed naturally in mice after the skin was wounded.  They also found that the effect was enhanced when genetically engineered mice that over-produced a particular protein (related to the 'Wnt pathway') were used.   This suggests that someday, a "Wounding + Wnt Pathway Activation" process may be able to be used to treat men and women who have extensive hair loss.

Here are some related links...

Posted at 07:39 AM in Hair Research - Future Therapies | Permalink | 0 comments

Are you seeing excessive shedding after just beginning hair loss treatment with minoxidil (formula 82m or rogaine), laser therapy (lasercap or other)?   You might be having the "Dread Shed!"  But don't worry, keep up with the treatment... here's why:

Keep in mind that any regimen (medication or laser therapy) that stimulates follicles to switch into a growth phase can cause shedding. Because all hair follicles cycle-on and cycle-off over the course of your life, shedding is a VERY poor barometer for the measurement of hair loss or hair growth. Regardless of treatment, the more hair follicles you have, the more shedding you will have. "Resting" follicles may still contain a hair-shaft. When you apply minoxidil, for example, and the follicle "switches on" and the newly growing hair pushes out the old, resting hairshaft. The result: a shed. It is my feeling that any hair that is shed from starting a particular therapy wasn't in an anagen/growth phase anyway.

Remember that minoxidil/rogaine is a proven 'anagen-stimulator' which shifts resting follicles into growing follicles. Female pattern hair loss (androgenetic alopecia) is characterized by miniaturizing follicles and a shortening of the natural growth-phases of the follicles.

Shedding when starting minoxidil, laser, or propecia (if it is noticeable) typically occurs within the first two to eight weeks of therapy. Keep in mind that it normally takes 10-20 weeks for microscopic hair density to peak with minoxidil AND six to twelve months to see visible results of the growth with minoxidil.

Normal Hair Growth
There are three stages in a hair's growth cycle. The hair follicles in the scalp are at different stages at any one time. 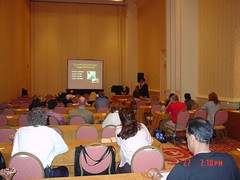 Marked suppression of dihydrotestosterone in men with benign prostatic hyperplasia by dutasteride, a dual 5alpha-reductase inhibitor.

Dihydrotestosterone (DHT) is the primary metabolite of testosterone in the prostate and skin. Testosterone is converted to DHT by 5alpha-reductase, which exists in two isoenzyme forms (types 1 and 2). DHT is associated with development of benign prostatic hyperplasia (BPH), and reduction in its level with 5alpha-reductase inhibitors improves the symptoms associated with BPH and reduces the risk of acute urinary retention and prostate surgery. A selective inhibitor of the type 2 isoenzyme (finasteride) has been shown to decrease serum DHT by about 70%. We hypothesized that inhibition of both isoenzymes with the dual inhibitor dutasteride would more effectively suppress serum DHT levels than selective inhibition of only the type 2 isoenzyme. A total of 399 patients with BPH were randomized to receive once-daily dosing for 24 wk of dutasteride (0.01, 0.05, 0.5, 2.5, or 5.0 mg), 5 mg finasteride, or placebo. The mean percent decrease in DHT was 98.4 +/- 1.2% with 5.0 mg dutasteride and 94.7 +/- 3.3% with 0.5 mg dutasteride, significantly lower (P < 0.001) and with less variability than the 70.8 +/- 18.3% suppression observed with 5 mg finasteride. Mean testosterone levels increased but remained in the normal range for all treatment groups. Dutasteride appeared to be well tolerated with an adverse event profile similar to placebo.

Human prostate was used as a source of 5 alpha reductase. Compounds were incubated with an enzyme preparation and [3H]testosterone. [3H]-dihydrotestosterone production was measured to calculate 5 alpha reductase activity. IC50 values (ng/ml) were finasteride = 1; Permixon = 5,600; Talso = 7,000; Strogen Forte = 31,000; Prostagutt = 40,000; and Tadenan = 63,000. Bazoton and Harzol had no activity at concentrations up to 500,000 ng/ml. In castrate rats stimulated with testosterone (T) or dihydrotestosterone (DHT), finasteride, but not Permixon or Bazoton, inhibited T stimulated prostate growth, while none of the three compounds inhibited DHT stimulated growth. These results demonstrate that finasteride inhibits 5 alpha reductase, while Permixon and Bazoton have neither anti-androgen nor 5 alpha reductase inhibitory activity. In addition, in a 7 day human clinical trial, finasteride, but not Permixon or placebo, decreased serum DHT in men, further confirming the lack of 5 alpha reductase inhibition by Permixon. Finasteride and the plant extracts listed above do not inhibit the binding of DHT to the rat prostatic androgen receptor (concentrations to 100 micrograms/ml). Based on these results, it is unlikely that these plant extracts would shrink the prostate by inhibiting androgen action or 5 alpha reductase.

Comparison of finasteride (Proscar) and Serenoa repens (Permixon) in the inhibition of 5-alpha reductase in healthy male volunteers.

Saw palmetto is an indirectly acting sympathomimetic in the rat-isolated prostate gland.

BACKGROUND: To investigate whether saw palmetto that inhibits alpha1-adrenoceptor binding in vitro affects contractility of the rat prostate gland. METHODS: The effects of a commercially available saw palmetto extract were examined on the contractility of rat-isolated prostate glands. The extract was tested in the presence and absence of phentolamine, prazosin, yohimbine, propranolol, hexamethonium, cocaine, desipramine, nifedipine, guanethidine, atropine, and alpha,beta-methylene ATP to evaluate the mechanism of action. Isolated preparations of rat vas deferens and bladder were used for comparison. RESULTS: Unexpectedly, saw palmetto extract caused contractions of the rat prostate gland that could be attenuated by prazosin, phentolamine, nifedipine, guanethidine, cocaine, and desipramine but not by any of the other pharmacological tools. Similar contractile effects were observed in rat-isolated vas deferens preparations but not in rat-isolated bladder preparations. CONCLUSIONS: In the rat prostate gland, saw palmetto extract causes indirect alpha1-adrenoceptor-mediated contractions via the release of noradrenaline from sympathetic neurons. Copyright 2005 Wiley-Liss, Inc.

Posted at 08:37 AM in Alternative or Complementary Therapies | Permalink | 0 comments

Physicians who routinely perform hair removal using lasers (IPL, Nd:YAG, 755nm Alexandrite and others) have reported that they have often noticed hair stimulation within the treated area and nearby surrounding areas.     It is believed that when 'sub-therapeutic' thermal energy is delivered to the follicles that are the target of 'hair reduction,' that this may induce an unwanted increase in hair growth.    While this has been reported consistently in the medical literature, the mechanism is still unknown.    The physicians who published this report, http://www.typepad.com/t/app/control/files?__mode=show_link&file=photostimhair.pdf, believe that the laser induced terminal differentiation, instead of miniaturization, more often in those patients who had thinner, finer (vellous) hair on the areas being treated.    On the heels of the recent fda-clearance of the first laser therapy device for the promotion of hair growth, these reports may help give us a clue as to why low level laser hair therapy seems to help improve the quantity and quality of scalp hair growth in patients with hereditary hair loss.   It may also help us determine which hair loss patients can be expected to have better results with laser therapy.