This week, the newest non-invasive fat-reduction treatment will be seen on Extra! TV.   The entertainment news program will discuss how the clinical trials proved that ZERONA helps patients lose up to 9.5 inches in just two weeks with no pain, no surgery, no recovery, no needles, no downtime. 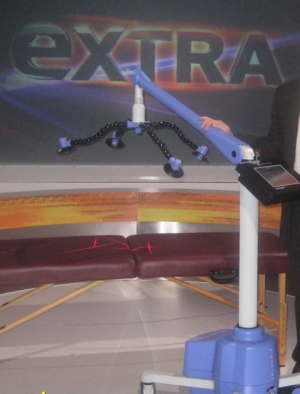 The ZERONA treatment is available in South Florida in Boca Raton at Bauman Medical Group.

A common question from patients is regarding the purchase of "cheap" prescription medication (especially generics) from so-called "Canadian," or other overseas webistes.

It has been well-established that buying prescription medications over the internet is fraught with problems.   For example, “generic” overseas finasteride pills are not FDA-approved.  Federal law prohibits importing drugs that are not FDA-approved, regardless of whether there’s a foreign or domestic prescription.   U.S. Customs officials may seize and destroy all non-approved drugs.  The FDA has issued warnings regarding counterfeit and/or illegally-diverted medications from bogus websites that ‘appear’ legitimate.  Most often, the problem with web-based pharmacies (if the medication is actually real) is that the potency, quality, storage of the drugs is drastically inferior to US standards.   Here are just a few of the places for more info on this common issue…

Probably the main concern I have as a physician is that patients may have difficulty evaluating the benefits of the medication if they are not being properly tracked and examined in a medical setting.