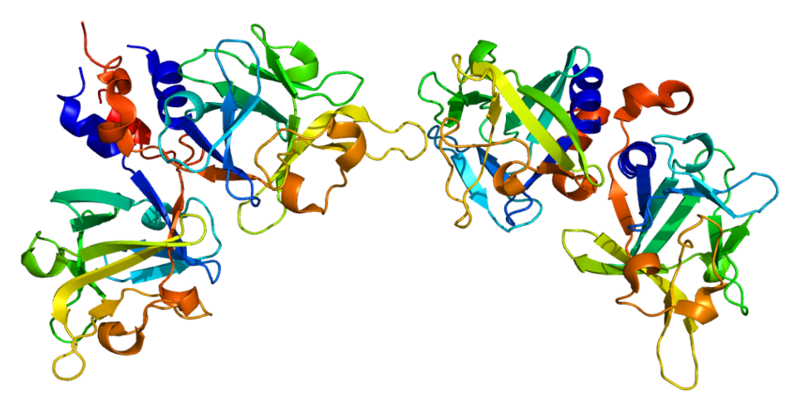 reprinted from University of Pennsylvania

Penn Medicine Study Highlights Interplay between Immune System and Tissue Regeneration
PHILADELPHIA - Researchers in the Perelman School of Medicine at the University of Pennsylvania have determined the role of a key growth factor, found in skin cells of limited quantities in humans, which helps hair follicles form and regenerate during the wound healing process. When this growth factor, called Fgf9, was overexpressed in a mouse model, there was a two- to three-fold increase in the number of new hair follicles produced. Researchers believe that this growth factor could be used therapeutically for people with various hair and scalp disorders. The study appears in an advance online publication of Nature Medicine.
"The findings help explain why humans don't regenerate their hair after wounding," said senior author George Cotsarelis, MD, professor and chair of Dermatology. "The study also points us to a way to treat wounds and grow hair."
Following up on earlier work, which showed that increased signaling from the Wnt pathway doubled the number of new hair follicles, the Penn team looked further upstream in the pathway and identified an important cascade of signals that prompt further expression, as well as perpetuate and amplify signals sent during a crucial phase of hair-follicle regeneration.
Fgf9 is initially secreted from gd T cells, an unconventional, rare subset of T cells involved in the immune response. Once released, Fgf9 serves as the catalyst for a signal sent via the dermal Wnt pathway. The signal prompts further expression of Fgf9 in structural cells called fibroblasts, and adds to the generation of new hair follicles.
When a wound occurs in an adult person, hair follicle growth is blocked and the skin heals with a scar. However, hair does regenerate to a great extent in the wound-healing process in mice. The team compared how the process works in adult mice versus humans. Humans have low numbers of gd T cells in their skin compared to mice, and this may explain why human skin scars but does not regenerate hair follicles.
In adult mice, the amount of Fgf9 secreted modulates hair-follicle regeneration after wounding. When Fgf9 was reduced, there was a decrease in wound-induced hair follicle growth. Conversely, when Fgf9 was increased, there was a two- to three-fold increase in the number of new hair follicles, equal to the amount seen in the mice expressing Wnt. Importantly, when the investigators added Fgf9 back to the wounds that do not normally regenerate, FGF9 triggered the molecular cascade of events necessary for skin and hair regeneration; thus, leaving the door open for using Fgf9 to treat wounds and hair loss in people.
The Penn team suggests that, given the differences in skin development and regeneration in response to wounding, treatments intended to compensate for the lack of Fgf9 may be most effective if timed with a wounding response. "Testing activators of Fgf9 or Wnt pathways during the wound healing process may be warranted," they stated.

Editor’s Note:Cotsarelis, Ito and Kwon are listed as inventors on patent applications related to hair-follicle neogenesis, Wnt and FGF9, which are owned by the University of Pennsylvania. Cotsarelis also serves on the scientific advisory board and has equity in Follica, a start-up company that has licensed related patents from the University of Pennsylvania starting in 2007. Cotsarelis was also a co-founder of Follica.

Hair loss affects millions worldwide, but their are many myths and misconceptions regarding the medical diagnosis, evaluation and treatment of thinning hair and baldness.  Consumers and patients should first seek out the advice of a trusted medical professional, certified by the American Board of Hair Restoration Surgery and experienced in diagnosis and treatment of male and female pattern hair loss. Not all medical professionals have the same level of experience and training. Renowned hair loss expert, Dr. Alan J. Bauman, M.D. was asked by ABC News affiliate WPLG in Miami / Ft. Lauderdale to discuss some common hair loss myths...

Minoxidil will not work on a completely bald area. Also, some people lack an enzyme, called sulfotransferase, which is needed to activate minoxidil, preventing it from being effective.

New Minoxidil Sulfotransferase testing also called "Minoxidil Sensitivity Testing" is now available from Dr. Bauman at Bauman Medical Group if you are not responding to minoxidil/Rogaine.

Major advances in hair transplant like NeoGraft FUE heal faster, more comfortably and leave no linear scar.
However, not everyone is a candidate for a hair transplant.

For more information about hair loss diagnosis, minoxidil sensitivity testing, treatment options, or to see if you are a candidate for a hair transplant, please contact:

Thank you for watching!

NeoGraft: This is NOT Your Father's Hair Transplant by Dr Alan Bauman These questions and more are answered in the South Florida Health & Wellness Article "NeoGraft: This is NOT Your Father's Hair Transplant" May 2013 by Alan J. Bauman MD. www.baumanmedical.com

NeoGraft: This is NOT Your Father's Hair Transplant by Dr Alan Bauman by Alan J Bauman MD

"BBB Rating A+" - Hair Transplant Surgeon, Dr. Alan J. Bauman, Founder and Medical Director of Bauman Medical Group in Boca Raton, FL is proud of his practice's A+ Rating and maintains a clean review from the Better Business Bureau. Bauman Medical Group has been a member of the Better Business Bureau since 1998 and has been BBB-accredited since 2010, meeting or exceeding all standards of the BBB in handling concerns or complaints from patients. Visit Florida BBB to check Bauman Medical Group complaint history and business ratings. http://www.bbb.org/south-east-florida/business-reviews/hair-implants-and-transplants-service/bauman-medical-group-pa-in-boca-raton-fl-4004891 Bauman Medical Group strictly adheres to the BBB's Code of Ethics pertaining to truth, integrity and professionalism. 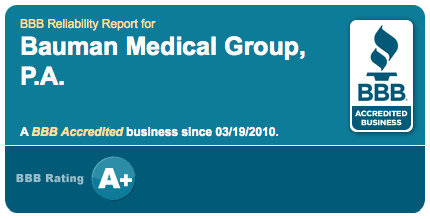